The recent split CD with Towering Breaker has been reviewed on the excellent Smooth Assailing.

The review can be found here... http://smoothassailing.blogspot.com/

Thank you to Avant Gardening for a great review.

towering breaker [pictured below, left] are a noise duo consisting of ben knight and jack allett, from brighton and east sussex, uk. 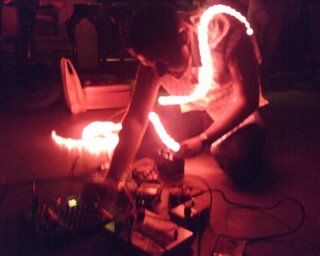 bbblood [pictured right], or baron bum blood (i still can't say that without atleast cracking a smile), is the working name of london's paul watson. he's also a member of cherry tombs, along with tiger piss.

this cd release consists of one solo track by the two projects and a collaboration between them on the third, it was put out by bbblood's own transdimensional sushi label. towering breaker begins the disc with bt never counted on tb, which starts off with a sound sample taken from a british tv program. after a little bit, the sample's manipulated as it becomes background fodder for towering breaker's creeping noise. it's slow-building, echoey and has a darker feel to it. there's also some moaning singing from one of the guys, which provides another interesting layer. bbblood's nearly nine minute the misty path of needles is next, and came as a bit of a surprise, but it was a welcomed surprise. coming into this, i was expecting the familiar harshness from paul, but what he comes through with is a lot more toned down, following tb's lead in it's sound. misty path is a slower effort, like theirs, though without the gloomy feel that tb had. there's repetitious noises and some sound samples buried underneath the n 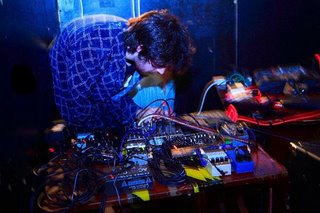 oise and static. i said it wasn't harsh, but it does indeed have it's louder moments, starting at around three minutes into it. this was a real nice effort turned in by bbblood. noisy enough, but still showing some restraint, repetitious enough to keep you interested, and it has just enough changes to it to hold your interest. the twenty-one minute long collaboration, bum breaker, is last and it comes off as a perfect pairing. again, same slowed down mood as the solo pieces (giving the disc a very nice sense of continuity that's lost on most split releases), the trademark vocals from tb, good background noise and other repeating noises and a nice use of differentiating channel noises, which are always great to hear in headphones. this split was a little haunting, a little noisy and plenty good. 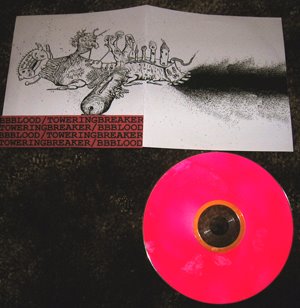 Towering Breaker and BBBlood Bum Breaker Excerpt (from 6:41 to 10:14

A big thanks to Little Fisty, Rupert Murder, Hiyoko Mame, Land Of Playlist, Jazz Trance plus the other guys who I forgot. (I was still really hungover from my birthday) It was a very cool and night despite all the sketchy goings on from the venue. I think it added to the great time.

Hope you can make it to one of the shows.